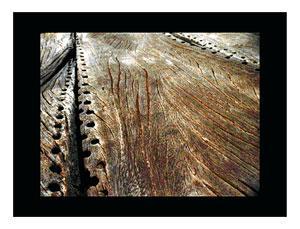 Arrival of the loom. We waited so long for this day.

What a relief ! Women don’t keep out of sight anymore.

We were even allowed to share our meal with them. 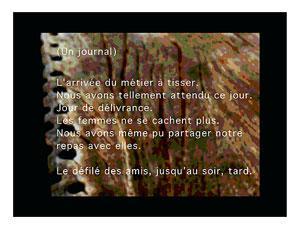 Friends coming by, until late at night. 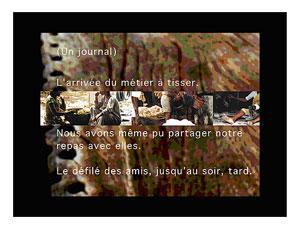 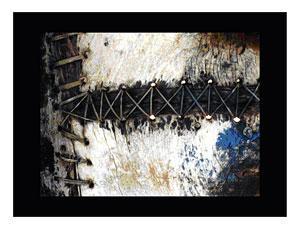 Ravi is a weaver. He lives with his family in a south indian suburb. 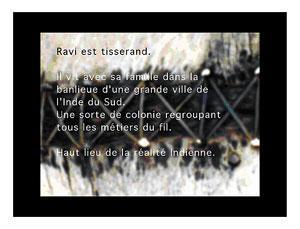 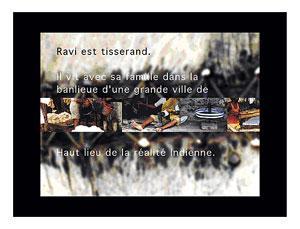 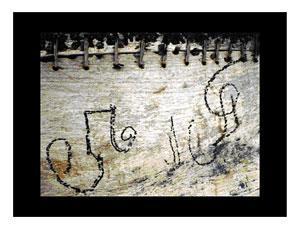 Putting up the loom. Parts are not all classified. Ravi,

hesitant at first, then adjusting spare parts to the body of the loom. 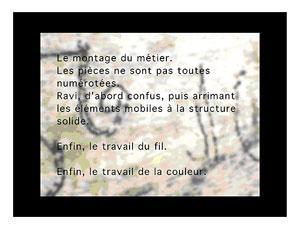 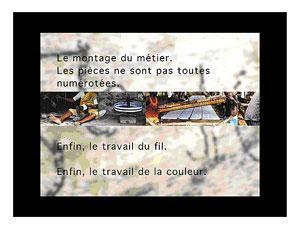 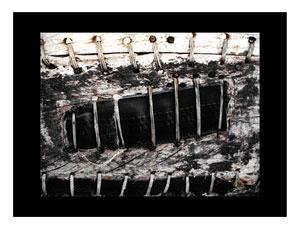 On the way to the yarn dealer, one has to cross

a large government owned swampland ( remains of a disused

In the near future, this aera will be devoted to industrial activity,

which implies draining the marsh. 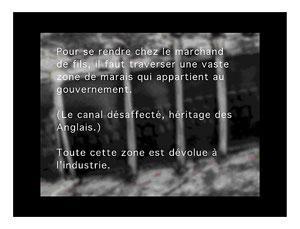 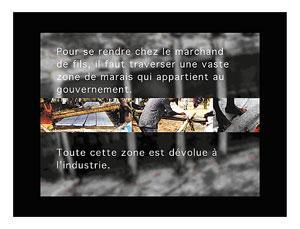 Ravi doesn’t know wether it will be good or evil. 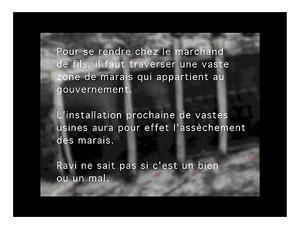 At the colour shopkeeper. Ravi parks his scooter.

Too much traffic around there.

The old town is looking as if underwater.

We arrive around closing time, some clients are still there. One of them asks for a special blend and tests carelessly the quality and consistency of the mixture. Ravi whispers to me : look, he’s about to taste it !

Ravi had the loom set in the main room of his house. He laid down a pair of mats on each side of the loom, as if to wath over it during the night when work is over.

Ravi wakes up in the morning and wipes off the dust that fell upon the warp during the night.

At last, the work of the thread. 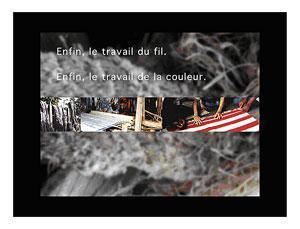